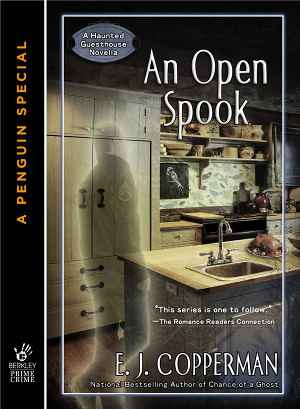 Haunted guesthouse owner Alison Kerby may have only recently discovered her ability to communicate with ghosts, but for her mother Loretta, it’s been a lifelong gift. As Alison prepares her Jersey Shore guesthouse for what promises to be a huge storm, Loretta helps out by tackling a different issue when the winds blow in an unexpected visitor: the ghost of Sgt. Robert Elliot. His request? Help him find the POW bracelet from the Vietnam War that bears his name. But no sooner does Elliot make his appeal than he suddenly disappears, cutting off contact, and leaving Loretta to wonder...why here? Why now? And why the vanishing act?

The answers begin to materialize when Alison’s lone remaining guest shows up unwittingly holding a clue to the case—on his wrist. A coincidence? Hardly. And Loretta has good reason to believe that the sergeant’s spirit has a secret he’s yet to share. Something he’s been holding on to for more than forty years. Something he’s dying to put to rest.