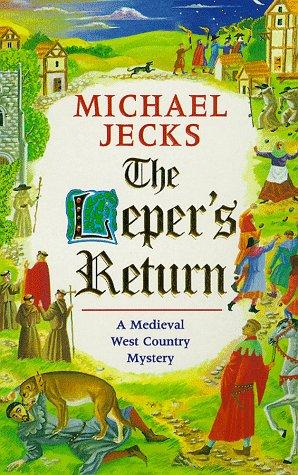 It is 1320 and civil war is looming in England as the monk Ralph of Houndeslow rides into Crediton. Ralph faces a daunting task in his new position as Master of St Lawrence's, the leper hospital. Not only are his charges grievously ill, they are also outcasts of society, shunned and feared by all healthy folk.
The citizens of Crediton have other concerns as well. The murder of goldsmith Godfrey of London and the assault on his daughter Cecily, for instance, crimes all too easily attributed to John of Irelaunde, a womaniser who has in the past tried to defraud the church. Sir Baldwin Furnshill, Keeper of the King's Peace, is not convinced that John is wicked enough to commit murder, and soon he is following other leads, with the able assistance of Bailiff Simon Puttock. But only when they discover the identity of the man overheard talking to Cecily before the attack will the astounding truth begin to emerge.
Meanwhile, feeling against the lepers is growing, fed by rumours deliberately spread. Unless the burghers of Crediton can be made to see reason, Baldwin and Simon could have full-scale slaughter on their hands.

The Templar, the Queen and Her Lover

Jane and the Genius of the Place