The Dark Secret of Josephine 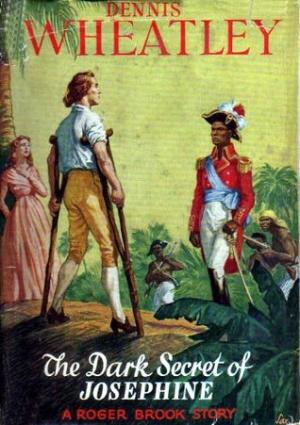 Aug 1794 - Apr 1796
Roger Brook – Prime Minister Pitt's most daring and resourceful secret agent – had sailed for the West Indies with a party that included three beautiful women. His purpose: pleasure. But the Caribbean, blue seas, lush tropical islands and palm-shaded beaches, was infested with pirates. The slaves of the 'Sugar islands' were in revolt. All this Roger Brook encountered. But also he uncovered a mysterious episode in the early life of the Empress Josephine – a mystery that had its effect on the Parisian intrigues that led to Napoleon receiving his first great command: the Army of Italy. A mystery that tied together many strange scenes and unlikely events.

The Launching of Roger Brook