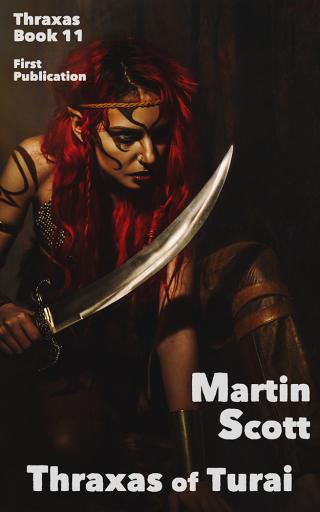 Thraxas of Turai is the eleventh book in the series. Thraxas, perhaps the doughtiest warrior ever born within that city's walls, (as he describes himself) is almost home. The army led by Lisutaris reaches Turai, ready to retake their city. Thraxas begins the book in some trouble, having been flung in the stockade following a disreputable brawl, but will soon be back in action, investigating a politically awkward murder while making ready for battle. At his side is Makri, whose mathematical skills are called upon for some complicated sorcerous calculations designed to bring down the walls. There are dragons in the sky, hostile forces ahead, and, worst of all as far as Thraxas is concerned, a general beer shortage. When this is all over, Thraxas intends to spend the rest of his days sitting comfortably in his favourite tavern. But first, he has a city to retake.