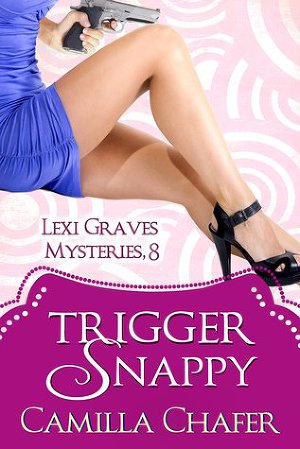 When private investigator, Lexi Graves, quit her job, she never thought working freelance would be so hard. Struggling to make a name for herself as a solo investigator, she’s intrigued when a wealthy, new client claims she’s being stalked and chooses Lexi as her last hope for help.
Without any evidence, the police don’t believe Juliet Hart is being victimized, and her boyfriend and best friend are also both skeptical. Yet, Juliet is convinced she is being watched and someone is playing tricks on her. Is she simply paranoid, or is there something more sinister at play?
Initially, the case appears easy: tail the client and find out if someone else is watching her too. Yet before Lexi can make serious headway, her client is arrested for a crime she claims she didn’t commit. Now Lexi’s case collides with her boyfriend’s, her ex-boss, Solomon, putting them on opposite teams.
The more evidence Lexi finds, the more convinced she becomes that her client’s stalker is not only very real, but has nefarious motives. Way in over her head, Lexi urgently needs to find out why her client is being stalked, and by whom, before it costs Juliet not only her freedom, but everything she values and holds dear.

Calling Out For You