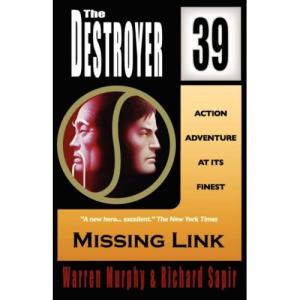 Beer for breakfast, that's how the brother-in-law of the President of the United States starts his day. Beer is his food, his fuel, and his future, if not his finale. His sudsy philosophy immersed him in a continuing controversy, embarrassing the White House, and making him a media personality. It is also giving him some very lucrative consulting jobs for foreign governments. Like the Libyans. They want his help in obtaining plutonium . . . For peaceful purposes, of course . . . a Holy War against Israel being the furthest thing from their minds. Suddenly good old Bobby Jack is missing. And the list of suspects seems endless. America's number-one beer drinker is finally muzzled. But by whom? The Bad Guys or the Good Guys? Terrorists or patriots? The Libyans or the Israelis? The Secret Service or the Mafia? The Destroyer?

Sherlock Holmes and the Adventure of the Greenbriar Ghost