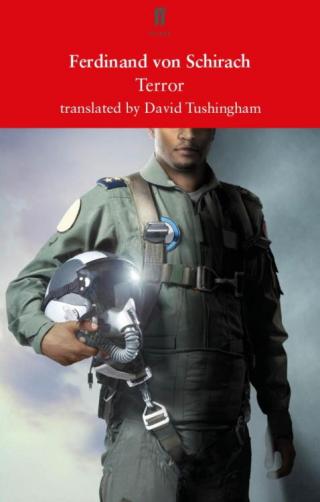 Guilty or not guilty?
Enter the courtroom, hear the evidence, make your judgement.
A hijacked plane is heading towards a packed football stadium. Ignoring orders to the contrary, a fighter pilot shoots down the plane killing 164 people to save 70,000.
Put on trial and charged with murder, the fate of the pilot is placed in the audience's hands.
Ferdinand von Schirach's Terror, in a translation by David Tushingham, received its UK Premiere at the Lyric Hammersmith, London, in June 2017

The Girl Who Wasn't There

Guilt [A collection of stories]