I'll Be Your Drill, Soldier 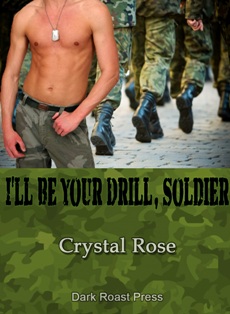 Ryan Gracin had a good life until he told his parents he was gay. Since they yanked their support for college he had to find a way to pay for it. Little did he know that joining the Army was going to change his life forever. Especially when he was introduced to a Drill Sergeant who was nicknamed 'Big Daddy'. Phillip Grabowski had joined the Army to follow in his father's footsteps; by the time Ryan entered, he had already made a name for himself. He was a soldier's solider, but Ryan was making it really hard for him to remember that.