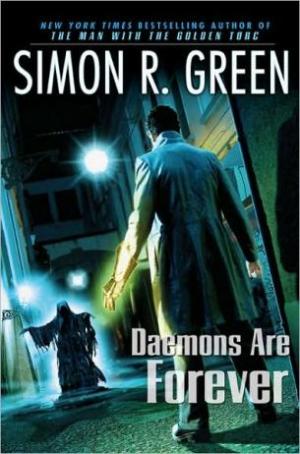 The Drood family is all that stands between Humanity and all the forces of darkness. They were supposed to protect the world, but ended up ruling it. Eddie Drood discovered the lies at the heart of his family, and brought them down. For his sins, they put him in charge: to run the family, and to redeem it. Eddie feels the need to prove to the world that the Drood family is as strong as it ever was. So he decides to wipe out one of Humanity's greatest enemies, the soul eaters known as the Loathly Ones. But once started on this venture, he discovers that the Loathly Ones are just the forerunners of something far worse; the Many-Angled Ones, the Hungry Gods, descending from a higher dimension to consume every living thing in this world. Eddie Drood has got his work cut out for him . . .

Ghost of a Smile

Property of a Lady Faire

The Man with the Golden Torc

Tears of the Furies

Ghost of a Dream