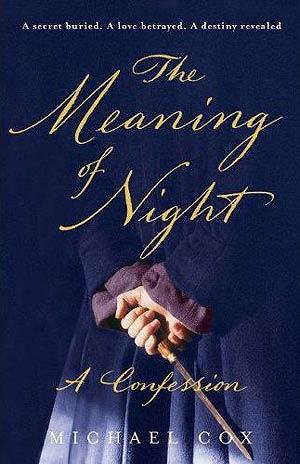 Resonant with echoes of Wilkie Collins and Charles Dickens, Cox’s richly imagined thriller features an unreliable narrator, Edward Glyver, who opens his chilling “confession” with a cold-blooded account of an anonymous murder that he commits one night on the streets of 1854 London. That killing is mere training for his planned assassination of Phoebus Daunt, an acquaintance Glyver blames for virtually every downturn in his life. Glyver feels Daunt’s insidious influence in everything from his humiliating expulsion from school to his dismal career as a law firm factotum. The narrative ultimately centers on the monomaniacal Glyver’s discovery of a usurped inheritance that should have been his birthright, the byzantine particulars of which are drawing him into a final, fatal confrontation with Daunt. Cox’s tale abounds with startling surprises that are made credible by its scrupulously researched background and details of everyday Victorian life. Its exemplary blend of intrigue, history and romance mark a stand-out literary debut. Cox is also the author of M.R. James, a biography of the classic ghost-story writer.

Зеркало времени [The Glass of Time]

Birds of a Feather

Комментарии к книге "The Meaning of Night: A Confession"