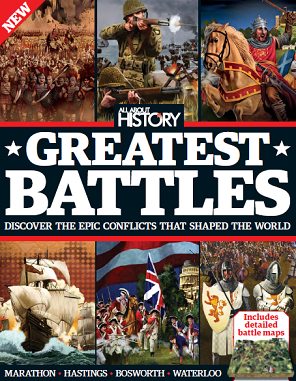 Much of history is defined by key victories and defeats in battle. Each con ict described in these pages marked a turning point for a nation, whether it was in defence of its identity, ideals and population, or for a cause close to its heart. War has been the chosen course of resolution for nations throughout history, from before the Persian invasion at Marathon in 490 BCE, to the Falklands War in 1982 and beyond. Here, you can examine the tactics that formed each attack and retreat as well as detailed battle maps and diagrams that recreate each move. You’ll read about the men who became heroes when they went above and beyond their orders and take a closer look at the equipment and troops that defined the military successes and failures of the battles that formed the identity of societies across the globe.

Events that Changed the World