The Soviet Counterinsurgency in the Western Borderlands 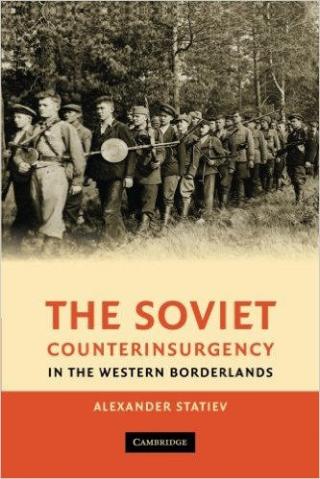 The Soviet Counterinsurgency in the Western Borderlands investigates the Soviet response to nationalist insurgencies that occurred between 1944 and 1953 in the regions the Soviet Union annexed after the Nazi-Soviet pact: Eastern Poland, Lithuania, Latvia, and Estonia. Based on new archival data, Alexander Statiev presents the first comprehensive study of Soviet counterinsurgency that ties together the security tools and populist policies intended to attract the local populations. The book traces the origins of the Soviet pacification doctrine and then presents a comparative analysis of the rural societies in Eastern Poland and the Baltic States on the eve of the Soviet invasion. This analysis is followed by a description of the anti-communist resistance movements. Subsequently, the author shows how ideology affected the Soviet pacification doctrine and examines the major means to enforce the doctrine: agrarian reforms, deportations, amnesties, informant networks, covert operations, and local militias. The book also demonstrates how the Soviet atheist regime used the church in struggle against guerrillas and explains why this regime could not curb the random violence of its police. The final chapter discusses the Soviet experience in the global context.

Комментарии к книге "The Soviet Counterinsurgency in the Western Borderlands"