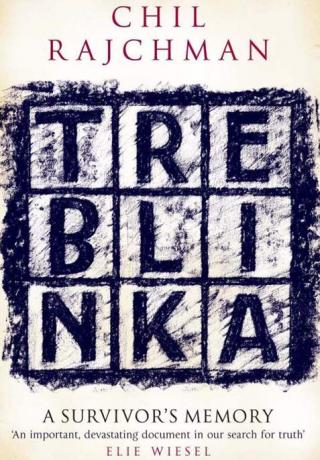 Chil Rajchman, a Polish Jew, was arrested with his younger sister in 1942 and sent to Treblinka, a death camp where more than 750,000 were murdered before it was abandoned by German soldiers. His sister was sent to the gas chambers, but Rajchman escaped execution, working for ten months under incessant threats and beatings as a barber, a clothes-sorter, a corpse-carrier, a puller of teeth from those same bodies. In August 1943, there was an uprising at the camp, and Rajchman was among the handful of men who managed to escape. In 1945, he set down this account, a plain, unembellished and exact record of the raw horror he endured every day. This unique testimony, which has remained in the sole possession of his family ever since, has never before been published in English. For its description of unspeakably cruelty, Treblinka is a memoir that will not be superseded.
In addition to Rajchman’s account, this volume will include the complete text of Vasily Grossman’s “The Hell of Treblinka”, one of the first descriptions of a Nazi extermination camp; a powerful and harrowing piece of journalism written only weeks after the camp was dissolved.