Vulcan 607: The Epic Story of the Most Remarkable British Air Attack Since WWII 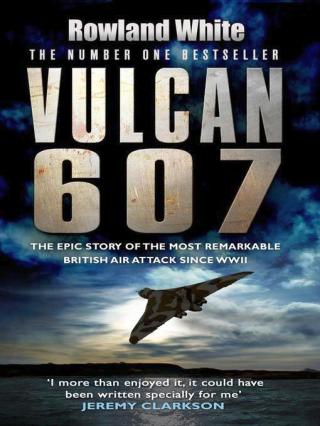 It was to be one of the most ambitious operations since 617 Squadron bounced their revolutionary bombs into the dams of the Ruhr Valley in 1943…
April 1982. Argentine forces had invaded the Falkland Islands. Britain needed an answer. And fast.
The idea was simple: to destroy the vital landing strip at Port Stanley. The reality was more complicated. The only aircraft that could possibly do the job was three months from being scrapped, and the distance it had to travel was four thousand miles beyond its maximum range. It would take fifteen Victor tankers and seventeen separate in-flight refuellings to get one Avro Vulcan B2 over the target, and give its crew any chance of coming back alive.
Yet less than a month later, a formation of elderly British jets launched from a remote island airbase to carry out the longest-range air attack in history. At its head was a single aircraft, six men, and twenty-one thousand-pound bombs, facing the hornet’s nest of modern weaponry defending the Argentine forces on the Falkland Islands. There would be no second chances…

‘Exciting and breathtakingly pacy… This is exactly how modern history should be written.’
Andy McNab

‘Gripping, endlessly fascinating detail. I read the book in one sitting: it is an utterly compelling war story, brilliantly written.’
Simon Winchester

‘A masterwork of narrative history. Brilliantly described, the story of an impossible British mission is a compelling one; it’s telling long overdue.’
Clive Cussler

Комментарии к книге "Vulcan 607: The Epic Story of the Most Remarkable British Air Attack Since WWII"