Six Easy Pieces: Essentials of Physics By Its Most Brilliant Teacher 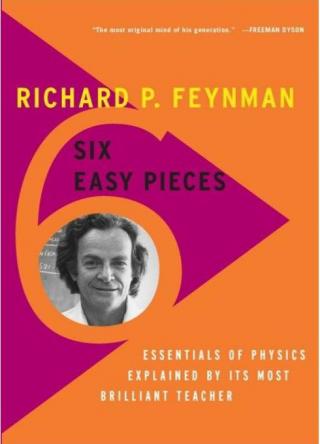 Six Easy Pieces: Essentials of Physics Explained by Its Most Brilliant Teacher is a publishing first. This set couples a book containing the six easiest chapters from Richard P. Feynman’s landmark work, Lectures on Physics — specifically designed for the general, non-scientist reader — with the actual recordings of the late, great physicist delivering the lectures on which the chapters are based. Nobel Laureate Feynman gave these lectures just once, to a group of Caltech undergraduates in 1961 and 1962, and these newly released recordings allow you to experience one of the Twentieth Century’s greatest minds — as if you were right there in the classroom.