When Red is Black 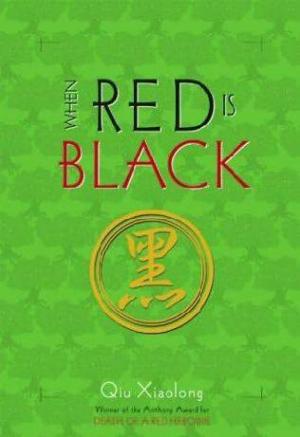 Inspector Chen Cao of the Shanghai Police Bureau is taking a vacation, in part because he is annoyed at his boss, the Party Secretary, but also because he has been made an offer he can't refuse by a triad-connected businessman. For what seems to be a fortune-with no apparent strings attached-he is to translate into English a business proposal for the New World, a complex of shops and restaurants to be built in Central Shanghai evoking nostalgia for the "glitter and glamour" of the '30s.
So Detective Yu, Chen's partner, is forced to take charge of a new investigation. A novelist has been murdered in her room. At first it seems that only a neighbor could have committed the crime, but when one confesses, Detective Yu cannot believe that he is really the murderer. As the policeman looks further, ample motives begin to surface, even on the part of Internal Security. But it is only when Inspector Chen steps back into the investigation that the real culprit is apprehended. And then Chen discovers how the triad has played him.