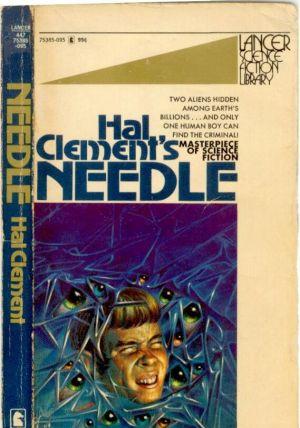 Two alien races lived under a single sun, someplace across the galaxy, sharing their world… sharing life itself. For they lived together in a partnership more perfect than any other known to the intelligences of the galaxy. Together, the two races became one, each deriving from the other that which made him greater than his individual self. Host and symbiote, they lived together, shared together… two bodies in one. For the one race was symbiotic, amorphous, able to enter the body of the other.

Then one symbiote turned Criminal, and his race could not rest until he was tracked down. But the Criminal could hide in any living thing… and on Earth there were over two billion humans alone!

HAL CLEMENT blends a masterpiece of science fiction with a story of pure detection to produce his best novel, and one of the most famous s-f novels of the past quarter-century.