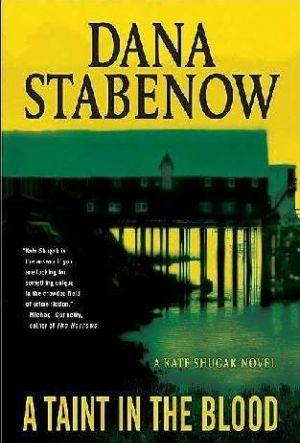 "Kate Shugak is the answer if you are looking for something unique in the crowded field of crime fiction." – Michael Connelly

Thirty-one years ago in Anchorage, Alaska, Victoria Pilz Bannister Muravieff was convicted of murdering her seventeen-year-old son William. The jury returned a quick verdict of guilty, believing the prosecutor's claims that she had set fire to her own home with both her sons inside; William died and the other, Oliver, narrowly escaped. Victoria was sentenced to life in prison without parole, and though she pled not guilty at the trial, she never again denied her guilt.

Now her daughter, Charlotte Muravieff, has hired Kate Shugak to clear her mother's name. Her daughter has always believed in her innocence, and now that Victoria has been diagnosed with terminal cancer, Charlotte wants her free. Kate is the only p.i. Charlotte can find who's willing to take such a long-shot case. Kate, on the other hand, is only willing because she's suddenly a single parent to a teenager, a teenager she hopes will decide to go to college. Besides, it can't be bad to do a favor for the Bannister family, one of the wealthiest and most prominent families in Alaska's short history.

As Kate begins an investigation, Victoria protests, refusing to cooperate. But soon it seems she isn't the only one who wants to leave the past in the past. In this spell-binding novel, Kate's confrontation with thirty years of secrets and regret-and murder-in one of Alaska's most powerful families shows award-winning crime writer Dana Stabenow at the top of her game.

So Sure Of Death

Whisper to the Blood

Комментарии к книге "A Taint in the Blood"