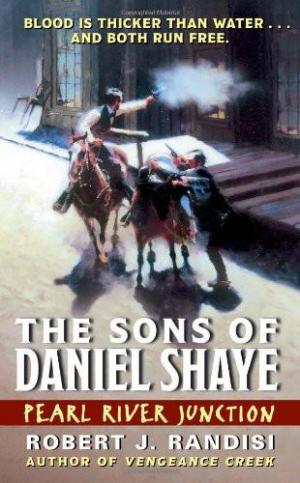 A Debt to the Dead

For Daniel Shaye and his boys, the law comes second, family first. So when a letter -- an urgent cry for help -- arrives from a woman who claims to be the mother of a child sired by Shaye's late son, Matthew, the former lawman and his clan saddle up and head out for Pearl River Junction.

The desperate young woman may not be telling the whole truth -- lying instead about her boy's parentage to get the Shaye guns behind her as protection from a cold killer and his bloodthirsty gang. There's a whirlwind of death and destruction blowing in, and now Dan and his sons are directly in its path. But Shaye taught his sons well to stand up for justice -- and that even a town full of strangers is worth fighting for . . . and dying for.

Crack in the Sky

Longarm and the Crying Corpse

Longarm and the Lusty Lady

A Million Ways to Die in the West