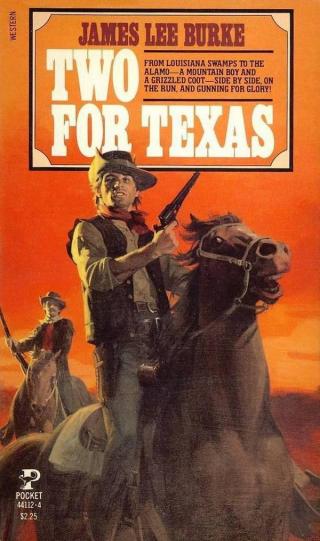 Everyone tried to put them under — Indians, French prison guards, bounty hunters — and the whole Mexican army!
A narrow escape from a Louisiana penal colony and a hazardous trek south and west made fast friends of young Tennessean Son Holland and Hugh Allison — a tough old mercenary who knew every trick of survival in the wild land and could read a man 200 yards away on horseback.
Kicking up dust through the open plains of Texas, they fought, stole, hid out with Choctaws, and killer their way to Sam Houston's army — to rout Santa Anna and his Mexican hordes, and avenge the Alamo!

In The Moon Of Red Ponies