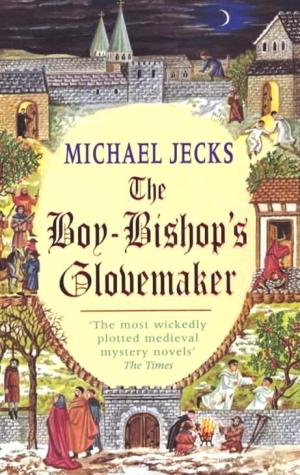 For Sir Baldwin Furnshill, Keeper of the King's Peace, and his friend, Bailiff Simon Puttock, the Christmas of 1321 looks set to be one of great festivity. As a reward for their services in a previous investigation, they've been summoned to Exeter to receive the prestigious gloves of honour in a ceremony led by the specially elected Boy-Bishop. But the dead man swinging on the gallows as they arrive is a portentous greeting.
Within hours they learn that Ralph – the cathedral's glovemaker and the city's beloved philanthropist – has been robbed and stabbed to death. His apprentice is the obvious suspect but there's no trace of the missing jewels and money. When Peter, a Secondary at the cathedral, collapses from poisoning in the middle of Mass, the finger of suspicion turns to him. Yet if he was Ralph's attacker, where is the money now? And could Peter have committed suicide – or was he murdered, too?
When the Dean and city Coroner ask Simon and Baldwin to solve the riddles surrounding the deaths, they are initially reluctant, believing them to be unconnected. But as they dig for the truth they find that many of Exeter's leading citizens are not what – or who – they first seem to be, and that the city's Christmas bustle is concealing a ruthless murderer who is about to strike again…

Tutankhamun: The Book of Shadows