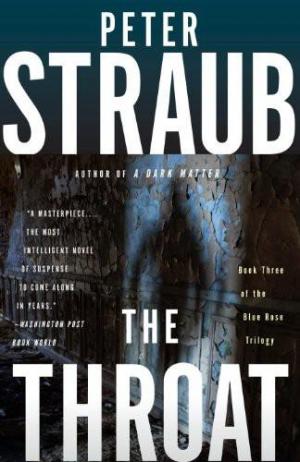 The Throat.  Tim Underhill, now an acclaimed novelist, travels back to his hometown of Millhaven, Illinois after he gets a call from John Ransom, an old army buddy.  Ransom believes there’s a copycat killer on the loose, mimicking the Blue Rose murders from decades earlier—he thinks his wife could be a potential victim.  Underhill seeks out his old friend Tom Pasmore, an aging hermit who has attained minor celebrity as an expert sleuth, to help him investigate.  They quickly discover that Millhaven is a town plagued by horrifying secrets and there is a twisted killer on the loose who is far more dangerous than they ever imagined.  Expertly tying together the events of Koko and Mystery, The Throat proves Peter Straub to be the master of the suspense novel.

Murder For Revenge [An anthology of stories ed. Пензлер]