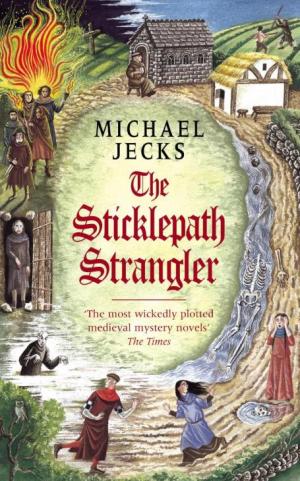 As the summer of 1322 brings sun to the Devonshire countryside, it seems that the small village of Sticklepath is destined to remain in darkness. An afternoon of innocent adventure becomes one of gruesome terror when two playmates uncover the body of a young girl up on the moors. As the news spreads through the village, one name is on everyone's lips. The body must be that of Aline, the ten-year-old daughter of Swetricus, who went missing six years ago.
Baldwin Furnshill, Keeper of the King's Peace, and his friend Bailiff Simon Puttock are summoned to the scene to investigate, but find their progress blocked at every turn. There seems to be an unspoken agreement amongst the villagers to ensure that the truth behind Aline's death is never discovered. But what reason could they possibly have for shielding a murderer?
As the King's men slowly break down the wall of silence they discover that the village has plenty to hide. Aline is not the only young girl to have been found dead in recent years, and it seems that the villagers have been concealing not only a serial killer, but, judging by the state of the girls' bodies, a possible case of cannibalism. Or, if the rumours are to be believed, a vampire! That would certainly explain the haunted looks in the eyes of so many villagers, and the strange voices heard late at night from the Sticklepath cemetery…

The Malice of Unnatural Death

The King of Thieves

Death of a Squire

Jane and the Barque of Frailty