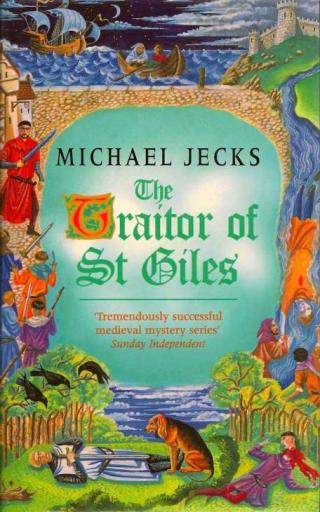 It is 1321 and the King's favourite, Hugh Despenser, is corruptly using his position to steal lands and wealth from other lords. His rapacity has divided the nation and civil war looms.
In Tiverton rape and murder have unsettled the folk preparing for St Giles' feast. Philip Dyne has confessed and claimed sanctuary in St Peter's church, but he must leave the country. If he doesn't, he'll be declared an outlaw, his life forfeit.
Sir Baldwin Furnshill, Keeper of the King's Peace, and his friend, Bailiff Simon Puttock, arrive at Lord Hugh de Courtenay's castle at Tiverton for the feast. When a messenger arrives calling for the Coroner, Baldwin and Simon accompany him to view the body of Sir Gilbert of Carlisle, Despenser's ambassador to Lord Hugh. Not far off lies a second corpse: the decapitated figure of Dyne. The Coroner is satisfied that Dyne killed the knight and was then murdered: Dyne was an outlaw, so he doesn't merit the law's attention, but Sir Baldwin feels too many questions are left unanswered. How could a weak, unarmed peasant kill a trained warrior? And if he did, what happened to Sir Gilbert's horse – and his money?
When Baldwin and Simon are themselves viciously attacked, they know that there must be another explanation. A more sinister enemy is at large, someone with a powerful motive to kill. But there are so many suspects…

The Templar, the Queen and Her Lover

The Statuette Of Rhodes