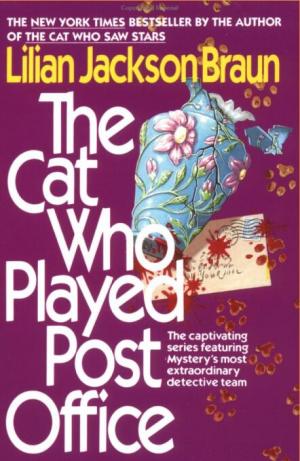 Inheriting unexpected millions
has left reporter Jim Qwilleran
looking like the cat who
swallowed the canary. While his
two Siamese cats, Koko and
Yum Yum, adjust to being fat cats in an enormous mansion,
Qwilleran samples the lifestyles
of the rich and famous by hiring
a staff of eccentric servants. A
missing housemaid and a
shocking murder show Qwilleran the unsavory side of
the upper crust. But soon it's
Koko's purr-fect propensity for
clues amid the caviar and
champagne that gives Qwilleran
pause to evaluate the most unlikely suspects...before his
taste for the good life turns into
his last meal.

Другие книги серии "The Cat Who..."

The Cat Who Saw Red

The Private Life Of The Cat Who...