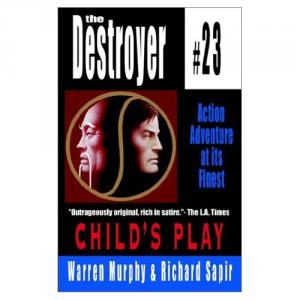 The government's Witness Protection Program has been hitting a bit of a snag lately. Despite their brand new secret identities, certain loose-lipped mob stoolies are getting blown away by a group of gun-toting adolescents. And in an effort to save face, a big-mouth Army bigwig's been pointing the accusing finger at the wrong assassins - Remo Williams and his mentor, Sinanju master Chiun! There's a new kind of "baby boom" going around. And before he plays dead for a bunch of homicidal half-pints, the Destroyer is going to nip the poisonous peewee pandemonium in the bud!