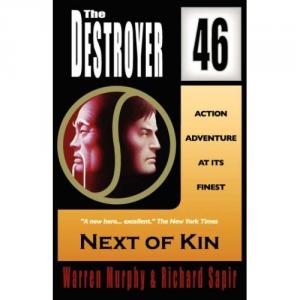 Remo and Chiun arrive at the vacation paradise of St. Maarten, only to find they're deep in Dutch. The beautiful island is a very ugly scene. A lot of corpses have been showing up, each one bearing the unmistakable stamp of Sinanju, the ancient Korean martial art known only to the two men. The trail of bodies leads to a strange castle . . . and a young Dutchman - a man, it turns out, who's taken a blood vow to send both disciple and mentor to their deaths. A man who knows all their secrets . . . and has a few of his own. It's up to Remo and Chiun to stop him, but this time they're skating on thin ice. And if they slip, the whole world may go under.

Комментарии к книге "Next Of Kin"