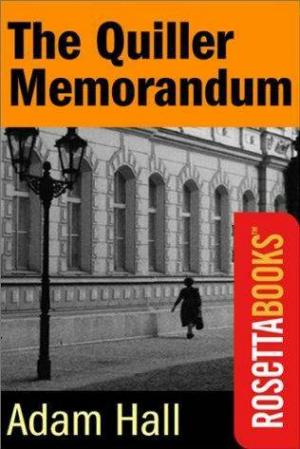 This well-drawn tale of espionage is set in West Berlin, 15 years after the end of WW II. Quiller, a British agent who works without gun, cover or contacts, takes on a neo-Nazi underground organization and its war criminal leader. In the process, he discovers a complex and malevolent plot, more dangerous to the world than any crime committed during the war.
On its publication in 1966, THE QUILLER MEMORANDUM received the Edgar Award as best mystery of the year.

The Hour of the Donkey