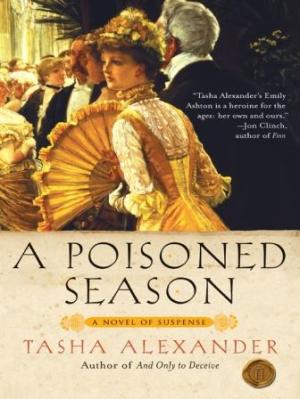 Blending romance and historical mystery, Alexander has delightful fun with both genres. Rich, young widow Lady Emily Ashton occasionally has tea with the queen, but she isn't exactly a perfect Victorian lady. Pretty and poised though she may be, her preference for port and cigars, her devotion to both "popular" novels and classic Greek literature (which she reads in Greek), and her involvement in solving the mystery of her husband's death (And Only to Deceive, 2005) have made her the subject of plenty of gossip. Her forthright opinions stir up chitchat once again when she becomes curious about the theft of several items once owned by Marie Antoinette and about a new gentleman on the social scene, who claims to be an heir to the throne of France. Alexander's witty treatment of the trivial pursuits of the aristocracy, coupled with an engaging mystery and a deliciously flirtatious romance between Emily and handsome Colin Hargreaves, makes for entertaining reading for those who like historical mysteries that don't take themselves all that seriously.