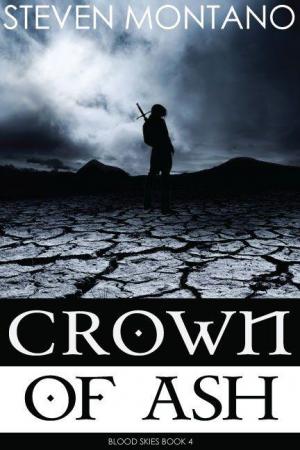 Eric Cross and his team have been to hell and back, but their journey isn’t over yet.

Marooned in the remote criminal city of Blacksand, the only way for the mercenaries to get home is to help a local crime boss protect his territories from the Ebon Cities.

To complicate matters, Danica Black is also being hunted by The Revengers, a powerful band of corrupt prison wardens, while Cross himself is trapped in the Whisperlands, a realm of darkness controlled by a cadre of evil mages known as the Shadow Lords.

The team will battle their way through corroding wastelands and deadly vampire outposts, but even their considerable skills might not be enough to save them from the cruel machinations of the Shadow Lord’s mysterious master, a malevolent creature who has manipulated their destinies right from the beginning…

Return to the world of The Black in Book 4 of the BLOOD SKIES saga!
http://bloodskies.com