Your Gravity - Part One 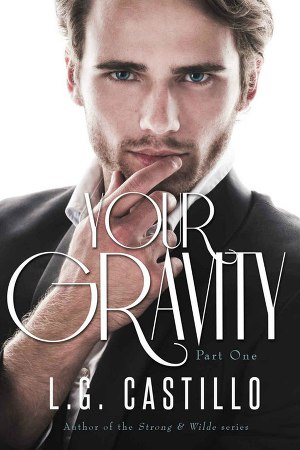 A chance meeting.
An inexplicable desire.
Life-changing consequences.
Refusing to bow down to her parents' wishes, Nicole Ashford decides what path in life to take, letting go of the past and choosing her own future. Like any determined college student, nothing is going to stop Nicole from following her dreams and achieving the goals she set. But when she meets sexy and brooding Professor Cooper, her world is tilted off its axis. Despite his sullen and distant demeanor, Nicole can't deny the pull she feels toward him, almost as if nature itself has plans for them. Refusing to give in to her intrigue, Nicole tries to keep Cooper out of her head. But she can't fight the desire and draw she has toward him, especially when that pull takes her breath away.