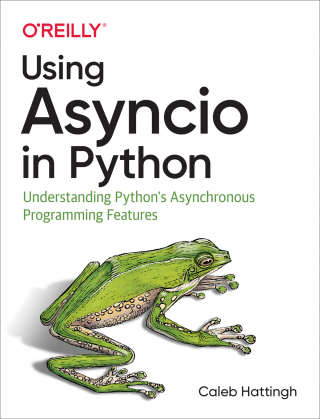 Python 3.4 introduced the asyncio library, and Python 3.5 produced the async and await keywords to use it palatably. These new additions allow so-called asynchronousprogramming.
All of these new features, which I’ll refer to under the single name Asyncio, have been received by the Python community somewhat warily; a segment of the community seems to see them as complex and difficult to understand. This view is not limited to beginners: several high-profile contributors to the Python community have expressed doubts about the complexity of the Asyncio API in Python, and educators in the community have expressed concern about how best to teach Asyncio to students.
Most people with a few years’ experience with Python have used threads before, and even if you haven’t, you are still likely to have experienced blocking. For example, if you’ve written programs using the wonderful requests library, you will surely have noticed that your program pauses for a bit while it does requests.get(url); this is blocking behavior.
For one-off tasks, this is fine; but if you want to fetch ten thousand URLs simultaneously, it’s going to be difficult to use requests. Large-scale concurrency is one big reason to learn and use Asyncio, but the other big attraction of Asyncio over preemptive threading is safety: it will be much easier for you to avoid race condition bugs with Asyncio.
My goal with this book is to give you a basic understanding of why these new features have been introduced and how to use them in your own projects. More specifically, I aim to provide the following:
A critical comparison of asyncio and threading for concurrent network programming
An understanding of the new async/await language syntax
A general overview of the new asyncio standard library features in Python
Detailed, extended case studies with code, showing how to use a few of the more popular Asyncio-compatible third-party libraries
We’ll begin with a story that illustrates the shift in thinking that must accompany a transition from threaded to async programming. Then, we’ll take a look at the changes that were made in the Python language itself to accommodate async programming. Finally, we’ll explore some of the ways in which these new features can be used most effectively.
The new Asyncio features are not going to radically change the way you write programs. They provide specific tools that make sense only for specific situations; but in the right situations, asyncio is exceptionally useful. In this book, we’re going to explore those situations and how you can best approach them by using the new Asyncio features.