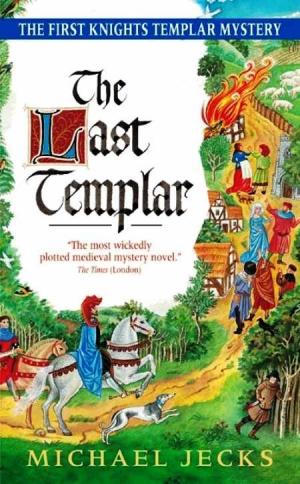 Paris, 1314: A Knight Templar weeps as he watches his friends, broken by torture, go to their deaths at the stake. Pope Clement has destroyed the Order, persuaded of corruption within it. All that remains is the desire for vengeance on those who defiled the Order's name.
Devon, 1316: Two years of heavy rains and poor harvests have driven many to a life of thieving; bands of outlaws known as "trail bastons" rove the countryside, spreading terror in their wake.
The newly appointed Bailiff of Lydford Castle, Simon Puttock, has had little experience of violence. When the charred body of Harold Brewer is found in his burned-out cottage, Simon assumes it's accidental death. It's the new master of the local manor, Sir Baldwin Furnshill, recently returned from Europe, who deduces that Brewer was dead before the fire began.
With the assistance of the astute yet strangely reticent knight, Simon begins to piece together the events of Brewer's last days. Then word comes of another murder, more horrible by far – for in this case, the victim was undoubtedly burned alive. Are the two incidents connected, and will the killers strike again?

An Instance of the Fingerpost