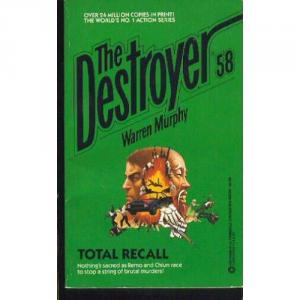 Lost Souls
It's an ungodly crime. Someone's been leading a stream of kids to their final reward, and the police haven't got a prayer of catching the culprit. Remo and Chiun move in to collar the angel of death, but their revelations are straight out of hell. Someone's running a drug scam, using juveniles as the principals, then sending them to the Pearly Gates when things get too hot.
All paths lead to an oddball church and the quirky clergyman who leads the flock. Is the strange preacher a saintly man or a holy terror? Remo and Chiun are just acting on faith, but this much is certain: The CURE for multiple murder is bound to be a religious experience.