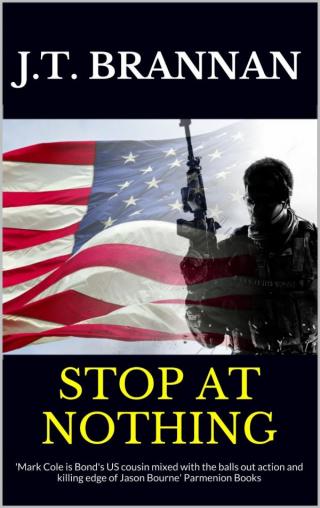 Mark Cole is a deniable operative for the US government, a patriot who is always willing to give his life for his country. Living in the Caymans with his wife and two children, he is no longer fully active, but due to his unique abilities he is called upon to perform a difficult assassination. The target is the Director of the CIA’s National Clandestine Service; but after the mission, Cole becomes a target himself. And as the forces against him mount up relentlessly, he realises that greed and hunger for power at the highest levels means that he can trust nobody. Cole discovers that not only are thousands of lives at risk, but his own wife and children are threatened. Pushed into deciding whether to protect global security or to save his family, Cole vows that he will stop at nothing to do both — whatever the cost.

Комментарии к книге "Stop at Nothing"